Earn Trust with LinkedIn's "Mentioned in the News" Feature

One way to earn trust on LinkedIn is by leveraging its Mentioned in the News (MITN) feature.

An Algorithm That Finds Users in the News

If you're a regular LinkedIn user, and particularly if you've set up your communications preferences to receive notifications from LinkedIn, you're probably familiar with MITN. It's an automated feature that searches the web for news articles that include the names of any of LinkedIn's more than 700 million users.

The MITN algorithm works to match the story to the right user -- the "Jim Smith" quoted in the article vs all the other "Jim Smiths" on LinkedIn. LinkedIn matches coverage of brands with their LinkedIn pages, too.

When a match is completed, LinkedIn showcases the news article in Jim Smith's feed as well as that of his first-degree connections and followers, and also sends them an email notification. Here's an example of an email notification one of my Idea Grove team members received recently:

It's difficult to overstate how valuable this form of trust-building can be. If you are featured in a story about your company or your views on industry topics, MITN makes sure that some of the people you'd most like to see this coverage actually do see it.

This kind of focused amplification is more important than ever.

Think about it: 20 years ago, if you were in a front-page story in, say, The Dallas Morning News, that meant something. The paper carrier would throw that big Sunday newspaper on your front porch, you’d pick it up and the whole world would know you were on the front page.

Now, who knows the difference between a ‘front-page story’ and any other story on the paper’s website? And who reads it, anyway?

Don't get me wrong. News media coverage is still one of the very best forms of third-party validation and trust-building. And your friends, connections and community still want to read it -- if they ever see it.

That's why delivering your news mentions directly where your professional network is most likely to see them is critical for getting the most out of a PR program today.

Getting Your Own Mentions in MITN

So, how do you get highlighted in MITN? Unfortunately, LinkedIn users cannot submit news items featuring themselves or others, so you are wholly dependent on the MITN algorithm finding your mentions. And as with Google News, some media outlets and blogs make LinkedIn's cut and others don't. Still other publications, such as The New York Times, don't permit LinkedIn to pull articles from their sites.

One effective way to secure a MITN mention is to distribute a press release over a major wire service like Business Wire or PR Newswire. Another is to join and be an active participant in Forbes Councils. This is a membership organization that enables professionals to write articles and contribute opinions to Forbes articles that often appear in Google News and LinkedIn feeds.

When the algorithm does find a news story that mentions you, you'll receive an email announcing, "You Made the News." You can control whether your connections and followers see your mentions in your privacy settings, and if a specific article is negative or something you don't want to share for any reason, you can click "Remove Article."

That's true if you're a person, at least. If you're a brand, LinkedIn won't remove accurate associations to companies or other organizations -- even if you ask nicely.

Expect Results, But Not Predictable Ones

One last but important point, especially if you are a PR agency or practitioner who is working to track these pickups for your clients: as with how Google News picks up news articles and Facebook shares your content with your friends, LinkedIn MITN is unpredictable both in which news sources it includes and which connections receive your news updates.

My team at Idea Grove has found, for example, that:

LinkedIn hasn't clarified the rationale behind these inconsistencies, or whether there even is a rationale. Just be aware of it so you won't be disappointed if some media coverage makes it and some doesn't.

Are you a thought leader? Or do you want to be one? If so, then LinkedIn is the perfect platform... 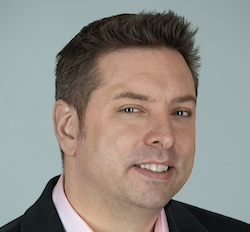 Why Brand Marketing, Not Promotions or Discounts, Is the Surest Route to Trust—and Sales

The world is at consumers’ fingertips. They can get just about anything delivered fast and free...