Global communications firm Edelman, widely known for its annual Edelman Trust Barometer report, has announced the launch of the Edelman Trust Institute. The new organization will focus on studying and cultivating trust in business, government, and media.

"We began our investment in trust 21 years ago with the launch of the Edelman Trust Barometer because we believed trust and its impact on the world deserved to be studied and understood," said Russell Dubner, global vice chairman of Edelman and chair of the Trust Institute, in a statement published on the company's website.

"Society is at an inflection point, and we believe that trust is the foundational currency of stakeholder capitalism and a defining business metric for companies and brands. Trust guides leadership, strategy, policy, and sustained action and has never been more valuable to institutional and business leaders," he added.

The institute expands on Edelman's existing research and reports, providing a forum to study trust in all sectors. Its executive director will be Justin Blake, a prominent financial advisor, along with advisory board members that include scholars, journalists, and authors who "are authorities on the intersection of business, media, policy and civil society."

In its latest report, the Edelman Trust Barometer asserted that brand trust is "the new brand equity." The report surveyed 14,000 people in 14 countries.

Eighty-eight percent of the respondents said they buy from companies they trust, while 81% said they purchase goods or services from businesses they love. "Brand trust matters more than love," the report concluded.

The Edelman Trust Institute comes at a time when the American public's trust in mass media is at an all-time low. In another Edelman study published in January, 56% of Americans agreed that "journalists and reporters are purposely trying to mislead people by saying things they know are false or gross exaggerations." And 58% agreed with this statement: "Most news organizations are more concerned with supporting an ideology or political position than with informing the public."

The Cost of Declining Institutional Trust

It's not just the media suffering from a trust deficit. Recent studies show that the public has a declining level of faith in many large corporations, especially those in the tech and banking sectors. The crisis in trust in Big Tech is particularly acute.

Lack of trust can be a significant problem not just for the media and companies but also for government institutions and society. Scholars have long argued that a society with low levels of trust is less prosperous, has high crime rates and violence, and finds it hard to get anything done politically.

In his book "Trust: Human Nature and the Reconstitution of Social Order," author Francis Fukuyama writes, "people who do not trust one another will end up cooperating only under a system of formal rules and regulations, which have to be negotiated, agreed to, litigated, and enforced, sometimes by coercive means."

"This legal apparatus, serving as a substitute for trust, entails what economists call 'transaction costs.' Widespread distrust in a society, in other words, imposes a kind of tax on all forms of economic activity, a tax that high-trust societies do not have to pay," he adds.

Namo Abdulla is an experienced journalist who currently serves as a reporter for Voice of America. He is based in Washington, D.C.

After Price, Trust Is the Biggest Factor in Purchase Decisions

In a new survey of more than 20,000 consumers by the global PR firm Edelman, trust emerged as the... 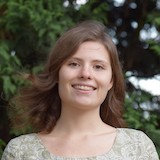