My Personal Journey to Trust, Part 1

(This website is about trust, so I thought it might be of value to share some of my own experiences with trust and how they've defined and changed me over time. This is part one; I'm not sure how many other parts there might be, but I'll publish them eventually.)

When people say we live in an era in which people no longer trust each other, I beg to differ.

We actually live in an era of "trust fragmentation" -- in which there are very few institutions that the vast majority of Americans trust as part of a shared identity. President Jimmy Carter famously noted Americans' "growing disrespect for government and for churches and for schools, the news media, and other institutions" as far back as 1979. Over the past 40 years, this trend has only accelerated.

This fragmentation makes the people and organizations we do trust even more important to our identity and happiness, not less.

Studies consistently show that we are wired to trust. We need to trust. And when we don't trust anyone, we tend to be unhappy in life.

I can speak from personal experience.

Growing Up a Cynic

I grew up a less than trusting person. Like a lot of issues, this one goes back to my childhood. I was brought up by parents raised in Depression-era Mississippi, whose views on race and other things clashed with my own as I began to study for myself. I was left with a sense of cognitive dissonance -- loving and being grateful to my parents, but disagreeing fundamentally with many of their views.

Add in being pretty nerdy as a teenager -- feeling not just unvalued, but that those around me valued the wrong things -- and it's a formula for growing up a skeptic at best and a cynic at worst.

Which made me a natural candidate to become a journalist.

A little-known secret of the profession of journalism is that an estimated 20 percent of journalists suffer from depression. One reason for this is that journalists, more than most, are untrusting of others.

Journalists often enter the profession to right wrongs and expose hypocrisy. “The job of the newspaper is to comfort the afflicted and afflict the comfortable," as the saying goes.

That's what I signed up for.  I believe the free press is the most important pillar of our democracy.

For this reason, I always held a romantic view of my writerly cynicism. To me, cynics were ultimately frustrated idealists, nobly battling windmills like Don Quixote.

But after six years, I left the profession disappointed and unhappy.

When Even the Cynics Can't Be Trusted

The end of my journalism career started one Saturday morning, when I was informed that the daily newspaper where I worked was shutting down after 103 years in operation. Within a few weeks, our building was taken down by a wrecking ball.

I has to scramble to find work and wound up taking one at a weekly tabloid. It ended up being my last job as a reporter.

The weekly was sensationalist and overtly political. The final straw was when my boss assigned me a story that I thought did not have enough substance to it. It seemed to be mostly a narrative built on conjecture, with a political objective.

My editor kept pressing me to find evidence to substantiate that conjecture.

Finally, without having a lot of leverage, I wrote the story the way he wanted it. It was sensational and biased. I was embarrassed when it was published.

I regret it to this day. Within two months, I had left journalism forever.

Entering the World of PR

I had never had an interest in PR, or business for that matter.  But I needed work, so I ended up taking a PR job at a Dallas financial services firm.

I was lost at this place. All they talked and seemed to care about was money.

The CEO was a West Texas wheeler-dealer who fashioned himself an entrepreneurial bad boy. He would come into our marketing department meetings to explain to us his approach to selling mutual funds:

“It’s all bullshit!” he would say.

These were words he said frequently and was well known for inside the company. He dismissed marketing as an empty, cynical endeavor to get customers to sign on the dotted line.

And that was my introduction to the business world.

Needless to say, I was having second thoughts about my career pivot.

Still, I figured, “What else am I going to do?”

So I tried to do my job as best I could. I began to reach out to local media to discuss PR opportunities for the company.

I soon got a bite from a reporter named Miles at a small community publication. Publications like that were known for puff pieces — innocuous features that would never offend the advertisers. It sounded like a low-risk win for the company, and a chance for me to show my value.

So I arranged for Miles to interview the CEO, and he did, for almost two hours.

“This should be a great piece,” I assured my boss after the interview.

Of course, I was young and naive at the time. I had never been on the receiving end of a reporter’s disingenuousness.

But boy, did I learn my lesson quickly — and in the most embarrassing way possible.

As it turned out, Miles had done lots of reporting on his own before ever contacting me, none of which he revealed. He had talked to numerous employees who had left the company before I even started working there — and had all the ammo he needed for a damning hit piece on my CEO.

The worst part of his story was the anecdote he shared, based on interviews with several former employees, of the CEO’s preferred costume in the office on Halloween:

He would wear a trench coat that, when opened in front of female employees, would reveal a giant fake penis that would flap down in front of him.

My boss insisted that I call Miles and ask for a retraction.

“Our CEO is a man of great propriety,” she intoned. “He would never do such a thing.”

But I couldn’t force myself to call Miles. I had already done my own checking and had confirmed that the story was true. Less than six months into the tenure of my first PR job, I was persona non grata at the company.

So there I was, at the age of 28, feeling like a washout in both journalism and PR.

Trusting in others had never been my strong suit, and now I trusted fewer people than ever. Perhaps least of all myself.

My Interview on the Executive Breakthroughs Podcast

Sometime back, Jason Treu invited me on his Executive Breakthroughs podcast.  It's unique because... 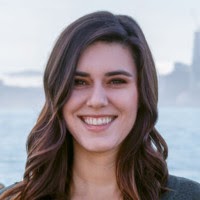 Many consumers are careful about where they shop online, and for good reason. In 2019, U.S....