Spin Thicket, Bikini Marketing and Other Swings and Misses in Thought Leadership Marketing

There are lots of inspirational quotes on the topic of failure and how failing is necessary on the path to success. You can't log on to LinkedIn without stumbling upon them:

OK, I made up that last one.

But you get the idea; the "fail fast" exhortations go on and on, and are a useful form of encouragement—and obviously are something many of us need to be reminded of again and again to overcome our fears.

Still, I found it amusing the other day when I saw this LinkedIn parody post: 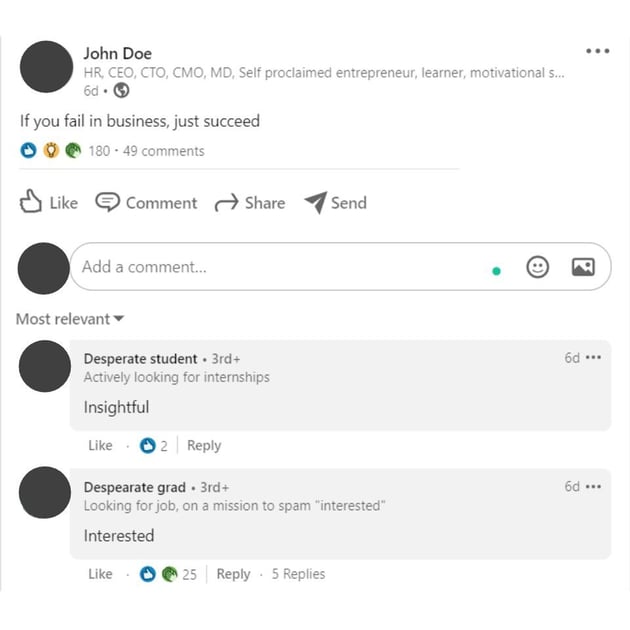 If You Fail in Business, Just Succeed

The truth is, the gospel of "failing forward" has its blind spots. Specifically, it assumes you have the resources to start multiple ventures with little concern for failure, because there will always be a cushion to fall back on to try again.

But not everyone can be Steve Jobs or J.K. Rowling. Those uplifting stories are the exception to the rule.

Or as Michael Tefula, a team member at the nonprofit Diversity VC, so wisely put it:

How many people can you name who went broke while attempting various business ventures and are now still broke? Can you write a list of such people, more easily than a list of successful entrepreneurs who overcame immense obstacles to succeed?

He adds that most of us can't, because while far more numerous, those stories of failure are not the ones shared on LinkedIn or celebrated in  the business press.

To paraphrase the author James Atlas, we don't always have the luxury to fail. It is a product of privilege. We should recognize and appreciate it as such.

Two of My Failures: Spin Thicket and Bikini Marketing

And so I am extremely grateful that income from my agency, Idea Grove, has enabled me to try and fail with quite a few side ventures along the way. The two in which I invested the most time and money were website projects: Spin Thicket, which I launched in 2006 along with an associated website called the Dirt 100, a ranking of celebrity gossip sites. I launched Bikini Marketing in 2012. These ventures managed to last a few years before they died ignoble deaths, generating relatively little traffic, few leads and no revenues.

They taught me, among other things, how difficult it is to create a high-traffic, high-authority digital publication that builds thought leadership and attracts new business.

I had been fortunate in building Media Orchard, the blog that started Idea Grove, and I wanted another bite of the apple.  In retrospect the reasons I failed were pretty straightforward:

Fortunately, I was able to apply my learnings to help our clients' ventures with thought leadership publications become more successful than my own. Idea Grove has created standalone content marketing websites that have yielded success for companies like CA Technologies and PG&E.

Last year, I finally decided to take the plunge with another thought leadership website of my own—the one you're reading, Trust Signals. And I have learned from my earlier mistakes.

This site has a clear focus and objective. I am passionate about it, and my passion doesn't wax and wane. And it's not a side project—this site communicates our agency's vision to redefine the practice of PR and better serve our clients going forward.

It now earns almost as much traffic as IdeaGrove.com.

I know I have been fortunate to have had so many opportunities—and I won't forget to be thankful for that. 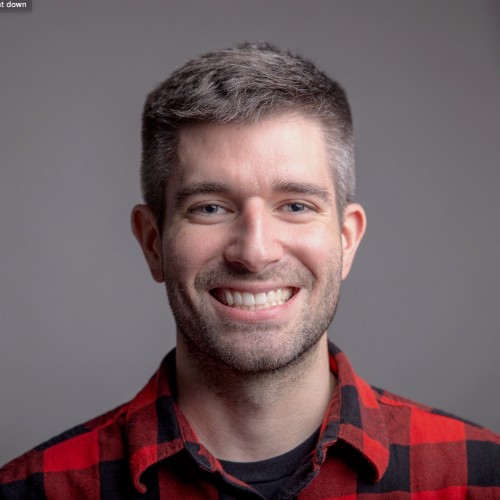 How To Overcome Reputation Challenges with Brand Marketing

No matter how hard you try, you can’t completely control how people perceive your business.

Why Forbes Councils Is a No Brainer for Thought Leadership Marketing

As the blurring of earned and paid media accelerates, the once bright line between editorial...