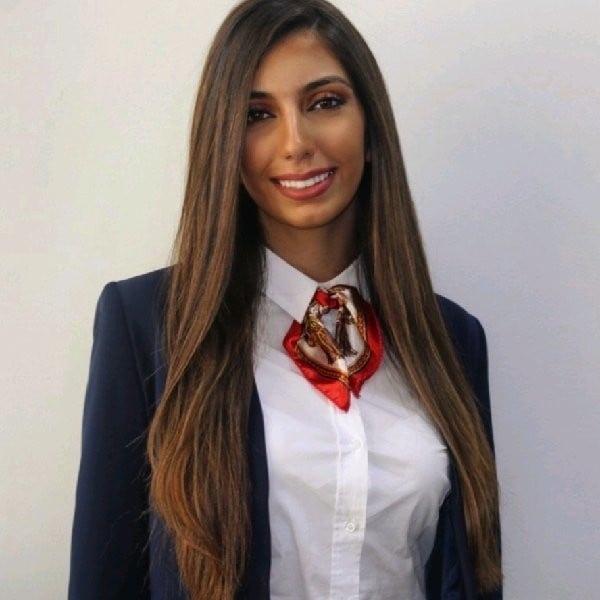 Have you ever invested seven precious minutes of your time reading an article, only to discover that it was filled with misinformation and fake news? All of us have probably been through something similar, where clickbait titles have stolen our attention and our time.

Even worse - it seems like we can't go a day without reading about some sort of media scandal. Whether it's fake news, inaccurate reporting, or biased journalism, it's hard to know who to trust these days.

In this article, we'll discuss the following topics:

Credder is the world’s largest news review platform that seeks to keep the news honest. Inspired by Rotten Tomatoes – one of the biggest review-aggregation companies for movies and TV Shows - Credder provides readers with article reviews from verified journalists and the public.

Media Distrust and The Importance of Credder

In Edelman’s latest report, it was highlighted that news sources are failing to fix their trust problems with consumers. Unfortunately, these low trust levels in the media have been trending for the past decades.

Additionally, in a recent study where Brand Keys surveyed 6,850 adult Americans in an attempt to determine consumer trust in different industries.

The numbers shockingly indicate that only 8% of surveyed individuals trust social media, and only 10% trust news media. This study effectively confirms that consumers are trusting the media less, critically impacting the work of journalists and publishers.

However, the American Press Institute found in its latest study that people who see an article shared by someone they trust are more likely to engage with it and also engage more trustingly with the source that created the article. 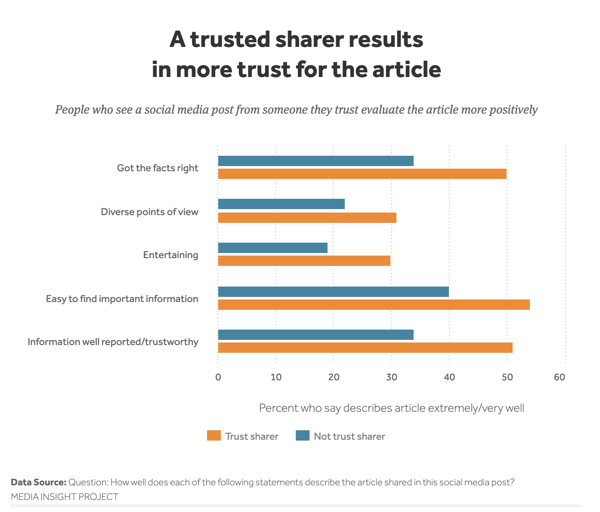 This finding is significant when it comes to evaluating the role that Credder can play in this day and age. By providing ratings for articles, authors, and news publications, Credder can potentially restore public trust in the media.

By allowing visitors to check the article’s rating before investing time in reading the piece, it proves that credibility and reliability can still exist in the media industry.

Moreover, by relying on crowdsourcing trust and honesty, as well as user input, Credder sets itself apart from the competition and presents itself as a grassroots rating platform: by the people for the people.

How to Use Credder?

Credder is fairly simple to use. Visitors are invited to create accounts on the website before being able to access the multitude of articles, which are organized in different categories. The process is quick and should only take a couple of minutes.

Here are the steps to take to spot misinformation using Credder:

Step 1: Log in to Credder by visiting www.credder.com. You also have the option to add an extension to your browser for easier access.

Step 2: Search for the relevant article on Credder before reading it on a third-party website.

Step 3: After finding the article, check the public rating and user rating generated by Credder.

Step 4: When you decide on the article that you want to read, you can click on it to be redirected to the parent website.

Step 5: Participate by rating articles on the platform!

How to Review Articles on Credder? 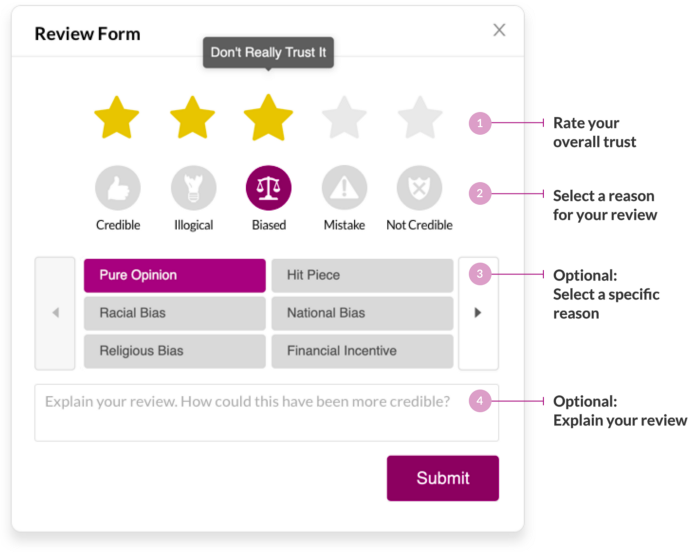 Reviewing an article on Credder is meant to clarify how the publication lost or gained the reader's trust. This bottom-up approach allows the general public to hold media outlets accountable and reinforces the idea that Credder is the only company that gathers crowdsourced reviews.

Reviewing articles on Credder is a simple, 4-step process that allows the reader to freely give an educated opinion on the online article displayed. The review form consists of the following:

Step 2 – General reason: In this section, readers are asked to give a general reason for the star rating they choose. The options available are “credible,” “illogical,” “biased,” “mistake,” and “not credible.”

Step 3 – Specific reason: Even though this step is optional, the readers can dive a bit deeper and explain their reasoning. If the reviewer chooses "biased" in the second step, here is where they would be able to specify if the journalist was writing out of national bias, religious bias, or gender bias. This step is important because it allows us to understand the reasons that readers find the article to be untrustworthy.

Credder provides reviewers with a definition of each term used to rate different articles and also provides an example.

Step 4 – Written explanation: as a last step, the reader can explain their review by writing their opinion in a few lines. The reviewer would be able to clarify how the piece could have been more credible, and why the author was untrustworthy. Since every reviewer will have their style and their preferences, written explanations are essential for clarity on Credder.

Credder has set itself to restore consumer and advertiser trust in the news industry by making content compete for credibility, not clicks. By allowing the general public to review articles, Credder has established a true grassroots community with one specific goal: fighting misinformation and fake news.

With trust in the media at an all-time low, there is a need for initiatives that organically restore trust and inspire honesty. In fact, Credder is doing more than simply providing readers a critic and public score; it is pushing journalists and media executives to create better content. As a result, Credder is a promising business that has the potential to gradually restore trust in the media industry.

Perla is a doctoral student at Notre Dame Law School. She loves writing and sharing knowledge with others.

You’ve heard the expression that no one was ever fired for going with IBM. That company is one of...

(Following is Chapter 5 of  Trust Signals: Brand Building in a Post-Truth World.)