'I'll Do My Own Research:' Why Americans Don't Trust Experts Anymore

In the 1950s and '60s, tobacco companies regularly claimed to have both doctors and scientists on their side. Despite mounting evidence that smoking did indeed cause cancer, the tobacco companies continued to insist that smoking wasn't dangerous. Their ad campaigns featured doctors puffing away on cigarettes and touting their safety. 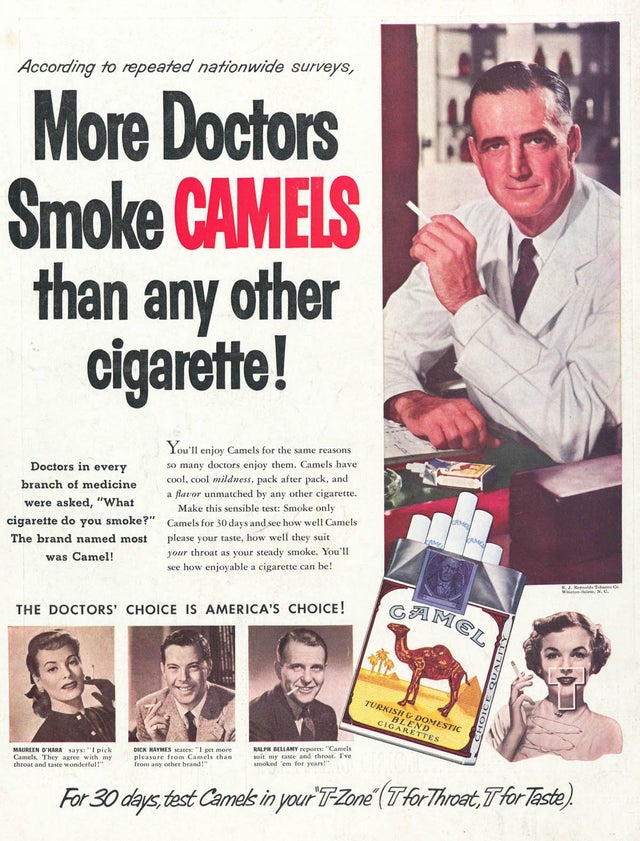 Today, such a marketing campaign would be seen as a joke—but not just because it flew in the face of the truth. It's also because many Americans have developed a relatively low opinion of "experts". They don't care as much about what products doctors use or what toothpaste 4 out of 5 dentists recommend.

This distrust of experts has been brought to the forefront through the COVID-19 pandemic. Some individuals trust the guidance of those with expertise in virology and epidemiology, while others have been much more skeptical.

The point of this post is not to advocate for a particular position on politics, vaccines, or expertise generally, though. Rather, let's attempt to identify some of the reasons Americans have become less likely to place their trust in experts today.

Social Media and the Democratization Of Information

You would be hard-pressed to find a greater cause of today's "trust deficit" in experts than social media. For hundreds of years, the news was almost exclusively disseminated by "official" media outlets and individuals. People obtained information through a handful of sources, such as CBS news anchor Walter Cronkite ("the most trusted man in America") and The New York Times.

Granted, there were many who disagreed with the narratives told by these outlets and individuals, but they had limited options in terms of how widely they could spread their dissenting views.

All that changed when social media came on the scene. Suddenly, anyone could say anything and have it heard by thousands of people, or even more if it went viral. Individuals with what would have previously been considered fringe ideas were able to much more easily find and band together with those who shared their ideas. Social algorithms have exascerbated this trend by sending users down rabbit holes that get fringier and fringier the further down you go.

The reason: it keeps users on YouTube, Facebook and other social media platforms longer. "I'll do my own research" is good for business.

Today, it is far easier to find narratives counter to the ones held by experts—and far easier for these "alternative facts" to gain momentum. Alternative news sites that might have had trouble gaining an audience in the past are able to garner a wide readership by leveraging social media.

The deluge of opinions shared on social media has made it more difficult to determine who actually is an expert on a particular subject. No matter what opinion a person holds, they can always find a supposed "expert" to back them up. Those with true expertise in a subject can find it challenging to differentiate themselves from those who claim to be experts after reading a book or a few articles on the subject. 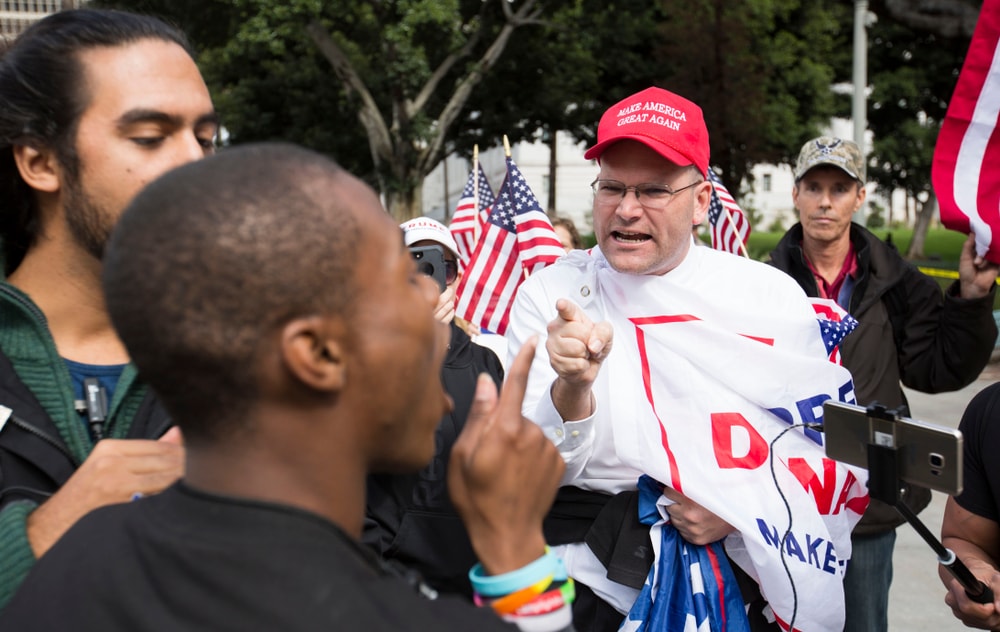 It's hard to find any topic that isn't turned into a political "wedge" issue these days. In general, conservatives have been more vocal in their criticism of "so-called experts" in recent years, largely related to their viewpoints on issues such as COVID vaccines and climate change. However, concern about the decline of expertise exists on both sides of the political aisle.

Conservative Tom Nichols, for example, wrote the 2017 book The Death of Expertise, in which he describes the problem this way: "Americans have reached a point where ignorance, especially of anything related to public policy, is an actual virtue. To reject the advice of experts is to assert autonomy."

Almost every world event, no matter how earth-shaking or banal, is weaponized by politicians to score points against the opposition. And when people are so bitterly divided, they're much less likely to trust those who they see as being on the other side—including experts.

The brazen attempts of politicians to use controversial issues for political gain creates an atmosphere of cynicism. For many Americans, it's difficult to determine when politicians are acting in good faith and when they are simply playing games. The unfortunate result is that Americans with more conservative politics instinctively distrust those with more liberal views and vice versa.

The COVID pandemic is a perfect example of this. From day one, those on both the left and the right railed against how the other side was responding to the pandemic. When expertise and politics become intertwined, it's difficult for most Americans to separate the two.

No matter how much expertise a person has, if they hold to a certain political viewpoint, a large segment of Americans will not trust them.

The Messiness of Science 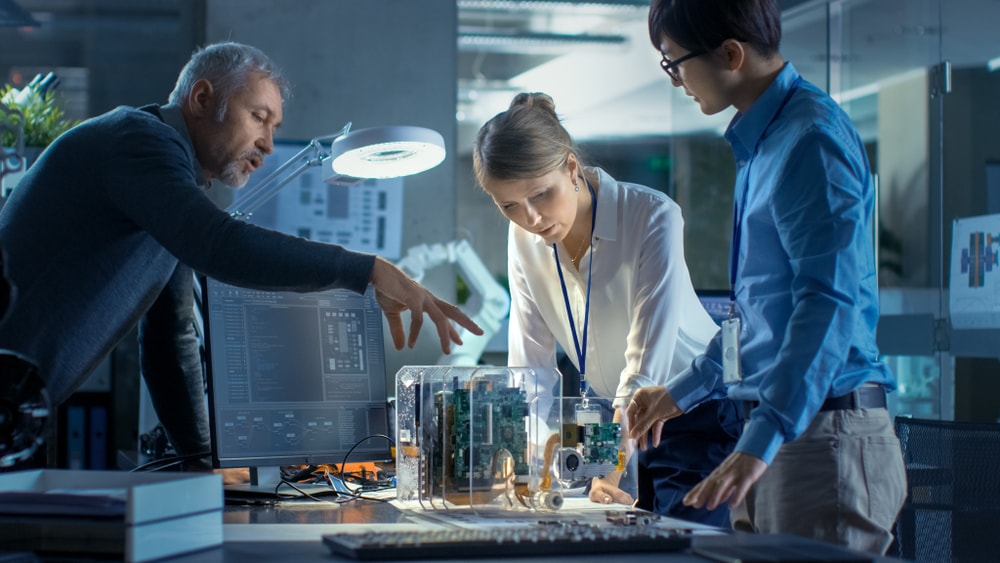 Almost everyone would agree that science, research, and discovery are good things. Science has given us penicillin, x-rays, heart transplants, and a million other miracles.

However, despite all the good that comes from it, science is also messy. A study will come out saying that it's good to drink wine because of the antioxidants in it. Then another study will come out that has the exact opposite conclusion. In the 1990s we were told that all fat was bad. Then we were told that only trans fats were bad. Now, many nutritional experts advocate for the ketogenic diet, where the majority of all food consumed is very high in fat.

The point is not that science is bad, but that it often takes many years to reach relatively firm scientific consensus about a subject. Until those conclusions are reached, Americans often hear different, even conflicting scientific opinions about what is and isn't true. The more conflicting opinions a person hears, the harder it is to know what to believe.

It doesn't help matters that science, politics, and capitalism are often in bed together. Yes, there are many studies that would not happen without government funding, and that's a good thing. But there are also many examples of bills being passed and studies being funded at the behest of large companies wanting to generate more revenue.

The opioid epidemic that has swept through America is a prime example of this. Pharmaceutical companies funded "studies" that claimed opioids were a safe and effective way to deal with pain, with little chance of addiction. As a result, doctors prescribed them frequently to treat pain. And while the medications certainly were effective, they also left many Americans addicted to opioids.

And many other Americans cynical about experts.

Despite generally positive views about scientists...most Americans are skeptical about key areas of scientific integrity. No more than two-in-ten Americans believe scientists ... are transparent about potential conflicts of interest with industry all or most of the time ... Between about a quarter and half of Americans consider misconduct a “very big” or “moderately big” problem, with the public generally skeptical that those engaged in misconduct routinely face serious consequences.

In other words, most Americans have a positive view of science and scientists. However, people are also aware that science does not happen in a vacuum, and that there are many outside factors that can compromise the integrity of some scientific work.

In turn, for good or bad, many people view science and the conclusions drawn from scientific studies with varying degrees of skepticism.

The Need To Build Trust

What should be clear by this point is that experts, regardless of their field or industry, must go the extra mile to establish their trustworthiness. The unfortunate reality is that even though the large majority of experts can be trusted, the minority that can't cast a pall over the rest.

While there are no simple solutions that will quickly fix the problem of trust in experts, there are some steps that can be taken. As James Hamblin opined in The New York Times this month, the public perceives many experts as dictating their viewpoints from a pedestal high above the masses.

As Hamblin put it: "Even when it gets messy, the end result will feel less like a decree from an ivory tower and more like the imperfect product of continuing dialogue."

Transparency is the first step to building trust—for individuals, brands and the academic and scientific communities as well. Experts must be clear about any potential conflicts of interest, share freely the sources of funding for their work, and make the point that their findings may change over time.

If experts fail to take these steps and others, we can expect their influence to continue to fade.

Stephen Altrogge is a writer for Trust Signals.

People are more likely to trust you when you are direct with them.

And yet, the business world is...

Guest posting has been around as long as blogs have existed.

This far down the road, there's a fair...