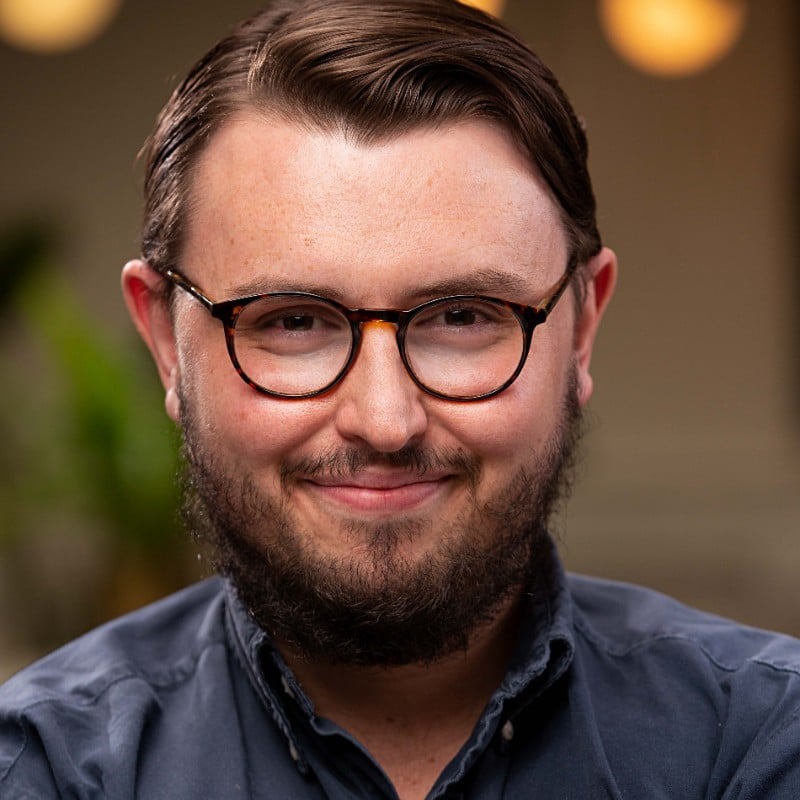 When you think about marketing, is brand awareness the first thing that springs to mind? It makes sense that it would - after all, if people haven’t heard of you then you can’t expect them to buy anything from you.

However, what many businesses don't realize is that while brand awareness plays an important role, it will always be trumped in importance by brand trust.

Why? Trust is what sets your business apart from the competition and establishes you as an authority in your industry. It is the benchmark by which you and your organization will be judged, and the reputation that any new client will hold you by from the very outset of their interactions with you.

Before we delve deeper into how you can build brand trust, let’s take a closer look at what distinguishes brand trust from brand awareness, and why the difference between the two is so crucial.

Brand awareness has long been at the forefront of companies’ strategies to capture their target markets, but the advent of new media and its role in mass marketing has ramped up this approach over the past few decades.

The key focus for a long time has been on getting your name out there, and as many people as possible aware of you and talking about what you do.

After all, as the saying goes: “There’s no such thing as bad publicity.”

Today, many consumers react with fatigue and distrust to the regular bombardment of aggressive marketing techniques they experience on a daily, if not hourly basis.

It’s now estimated by Edelman that almost 90% of consumers will decide whether to invest in a product or service based on how much they trust the brand that they are buying from.

Ultimately, it doesn’t matter how many people know who you are, since a negligible amount are likely to convert with you if they don’t feel like they can trust your brand.

The same survey showed that 61% of consumers will become active advocates for a brand if they fully trust it. This is where the benefits of developing brand trust can be objectively shown to pay off.

We can see how a trustworthy reputation will help to build a virtuous circle of loyal customers, who will not only come back to you time and time again, but who will also bring their friends and family with them as well.

How Only Focusing on Brand Awareness Can Hurt Brand Trust: Examples

If you’re wondering what kind of impact only focusing on brand awareness will have on your level of brand trust, then history has got plenty of examples to show you just how badly wrong this approach can go.

One infamous example that you are likely to already be aware of (especially if you are a regular user of social media platforms like Facebook) is that of Wish.com, the cut-price shopping platform. Wish captured market attention by delivering low-cost items directly from manufacturers in China to customers' doorsteps. However, Wish has since had something of a brand trust meltdown.

Since then, they have become known for inferior, lower-quality products and imitations that verge on downright rip-offs. In fact, they’ve spawned an entire online meme culture revolving around the trope ‘What I ordered from Wish.com vs. What arrived from Wish.com’, that even Wish themselves has attempted to embrace. Despite their efforts to recover, the damage to brand trust has been done.

Of course, even well-known and long-established brands can fall foul of a negative shift in publicity if they aren’t seen to be acting in a trustworthy manner.

Kellogg’s became a perfect example of that with their ‘Give a Child a Breakfast’ initiative, which was summarized in the Tweet below:

Although presumably well-intentioned, the blasé nature of running a scheme to feed vulnerable children through retweets not only came across as insensitive, but also exploited the goodwill of their customers to promote their brand.

Kellogg’s was ultimately forced to apologize, but the damage had already been done to its public image.

We want to apologise for the recent tweet, wrong use of words. It's deleted. We give funding to school breakfast clubs in vulnerable areas.

These are both examples of how poorly thought-out marketing approaches, while achieving brand awareness, can have quite drastic consequences for brand trust.

This doesn’t stop some companies, though. There is also a growing trend of companies taking an almost nuclear option with their marketing efforts, by trying to annoy their way into public discourse and consciousness.

Whether it’s the Quiznos ‘Spongmonkeys’ and their terrifying attempts to sell us sandwiches, Yop using an anti-apartheid song to advertise drinkable yogurt, or the grating operatic stylings of the Go Compare and J.G Wentworth advertisements, there’s no doubt that many companies seem to go for broke with brand awareness, while not paying any heed to the kind of sentiment those advertisements are actually fostering in consumers.

Without building the trust necessary to complete a sale, at best the work of these brands is incomplete. At worst, it turns off consumers from hearing more.

With that being said, how do we then define brand trust?

How to Build Brand Trust With Your Customers: 4 Examples

Up until now, we have focused mainly on what not to do when it comes to your reputation and relationship with the wider public. However, it’s important to make sure you have a proactive approach for developing that sense of trust, particularly now that brand trust seems to be starting to outweigh trust in institutions like government and religion for many Americans.

In order to build that kind of trust, we’ve gathered 4 examples that show you how to make sure your customers know about you for all the right reasons:

Be consistent in your messaging: Nike

There is a difference between ramming a repetitive slogan home and having a simple yet effective message that encapsulates your brand and what it represents. Nike has demonstrated this perfectly with their universally known call to action of ‘Just Do It’, which taps into the active nature of their sport and streetwear brand.

Having been used unchanged since its first outing in 1988, the slogan helped to capture an idea of competitive aspiration that was summed up in their original ad campaign to feature the ‘Just Do It’ slogan, which depicted 80-year-old running legend Walt Stack making his way over the Golden Gate Bridge. 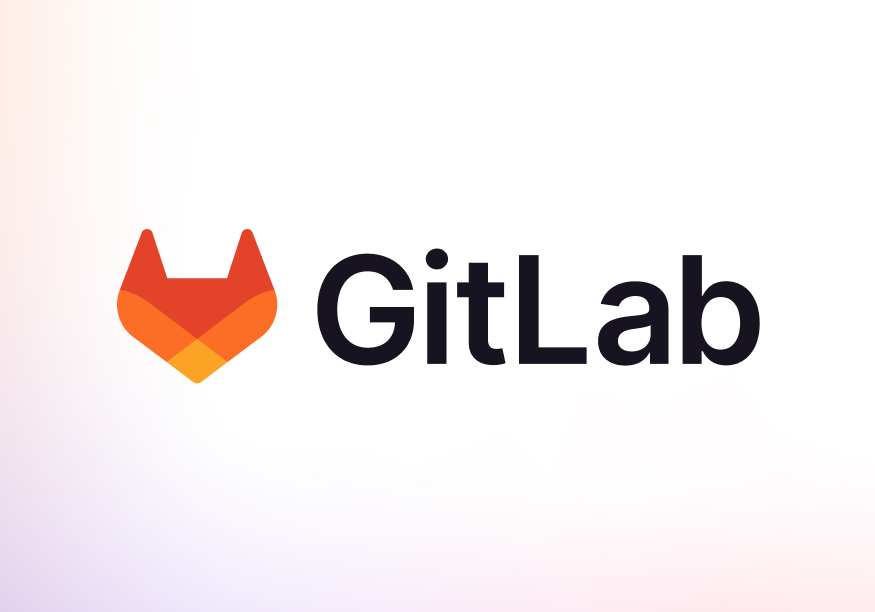 It’s one thing to have a catchy slogan, but if it doesn’t have any ideas or deeper messaging to latch on to then it’s likely going to fall flat. In a LinkedIn Live talk on sustaining brand trust in 2020, Edelman COO Lisa Ross stated that it is honesty and integrity that consumers look for in a company more than all else.

A great example of this would be GitLab, which is often touted as the world’s most transparent company. An open-source DevOps platform that builds software tools for major corporations around the world, GitLab took the incredibly bold decision to live stream their attempts to respond to a cyber-attack and subsequent accidental deletion of their production database. It’s one particular action that speaks to a much larger ethos regularly demonstrated by GitLab.

Deliver on your promises: McDonald’s

Based on everything we’ve discussed so far, you might find McDonald’s an interesting inclusion in our list of examples for developing brand trust, particularly since they are no strangers to courting controversy.

But there is a reason why McDonald’s has more than 36,000 restaurants worldwide, and why many people are likely to be tempted to drop into one while visiting the far side of the world. By offering a product that you can always trust to be pretty much exactly the same quality, no matter which branch in the world you happen to be in, McDonald’s offers a safe and reliable fallback option for hungry diners on a mass scale. In that sense, they always deliver on their promises. 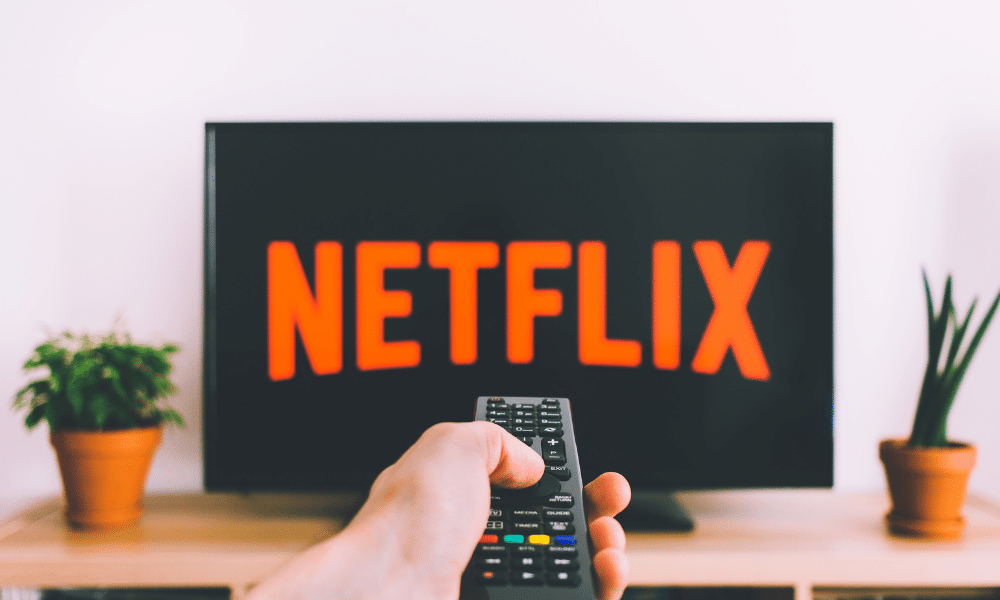 This one may seem like a no-brainer, but quite often a customer’s actual experience seems to be an afterthought of many companies’ efforts and output. Offering something that revolutionizes a customer’s way of life is a sure-fire way of kick-starting your growth.

Take Netflix as an example. If you ever want to get an easy ‘mind blown’ moment from somebody, remind them that Netflix used to send you movies in the mail. They entered the crowded and, at the time, dying market of video rental, and in 2011 had a total of 21.5 million paid subscribers. By embracing convenient at-home streaming and incorporating algorithms that help users find the content best suited to them, Netflix was able to expand to a staggering 158 million paid subscribers just eight years later.

Of course, there are many different individual approaches that businesses will need to take when it comes to building brand trust, particularly in the case of starting a new business or developing a SaaS product.

But no matter what your business does or what stage in its journey it's in, it’s vital to remember that trust is one of the most valuable commodities you can provide, and whether you make it or break it will play a huge role in the long-term success of your business.

Ben is a freelance copywriter, voice actor, and education specialist. He obtained a Bachelor of Arts (BA) focused on English Language and Literature from King's College London.

How to Build Brand Trust? These 16 Companies Put 'Trust' in Their Brands

Every business wants to be trusted—but some are better at gaining trust than others.

Trust Signals Live: The 'Breadcrumbs of Trust' That Lead to Purchase