Making Sense of Facebook Recommendations: How They Work and Why They Matter

Google, Yelp and Facebook form a triumvirate of influence when it comes to online reviews, particularly for local businesses. Think of them as the Big Three.

Google, as we know, includes companies' star ratings in millions of branded searches and map listings every day. Yelp, the pioneer of local reviews, has published more than 200 million reviews and currently has a market cap of more than $3 billion.

But Facebook reviews -- which officially became Facebook Recommendations in 2018 -- are different from reviews on Google, Yelp or other review sites in three important ways:

Let's take a closer look at this third difference. Why does Facebook create its own star ratings for businesses based on user reviews, rather than let users leave their own star ratings? And how does it calculate a business's star rating based on these reviews?

In my research, I've found the answers to be disappointing.

Facebook scrapped user-generated star ratings when it introduced Facebook Recommendations in 2018. The reason Facebook stated for this decision at the time was that it wanted to encourage more detailed reviews (a minimum of 25 characters, anyway), and more discussion and engagement. Too many users were just dropping in star ratings without providing any explanation or context.

Of course, Facebook could have required users to leave a 25-character-plus review in order to leave a star rating -- but hey, who am I to question Facebook on UX?

Facebook doesn't explain how it determines a business's overall star rating based on reviews, beyond a cryptic message that pops up next to each page's star rating:  "This rating is based on how many people recommend or don't recommend the Page, as well as any past ratings and reviews it may have."

From what I can tell based on a little experimentation, Facebook's formula can be explained more simply:

For example, I looked up Dallas-area plumbers and found Public Service Plumbers. They had five reviews with a 3.4 star average. 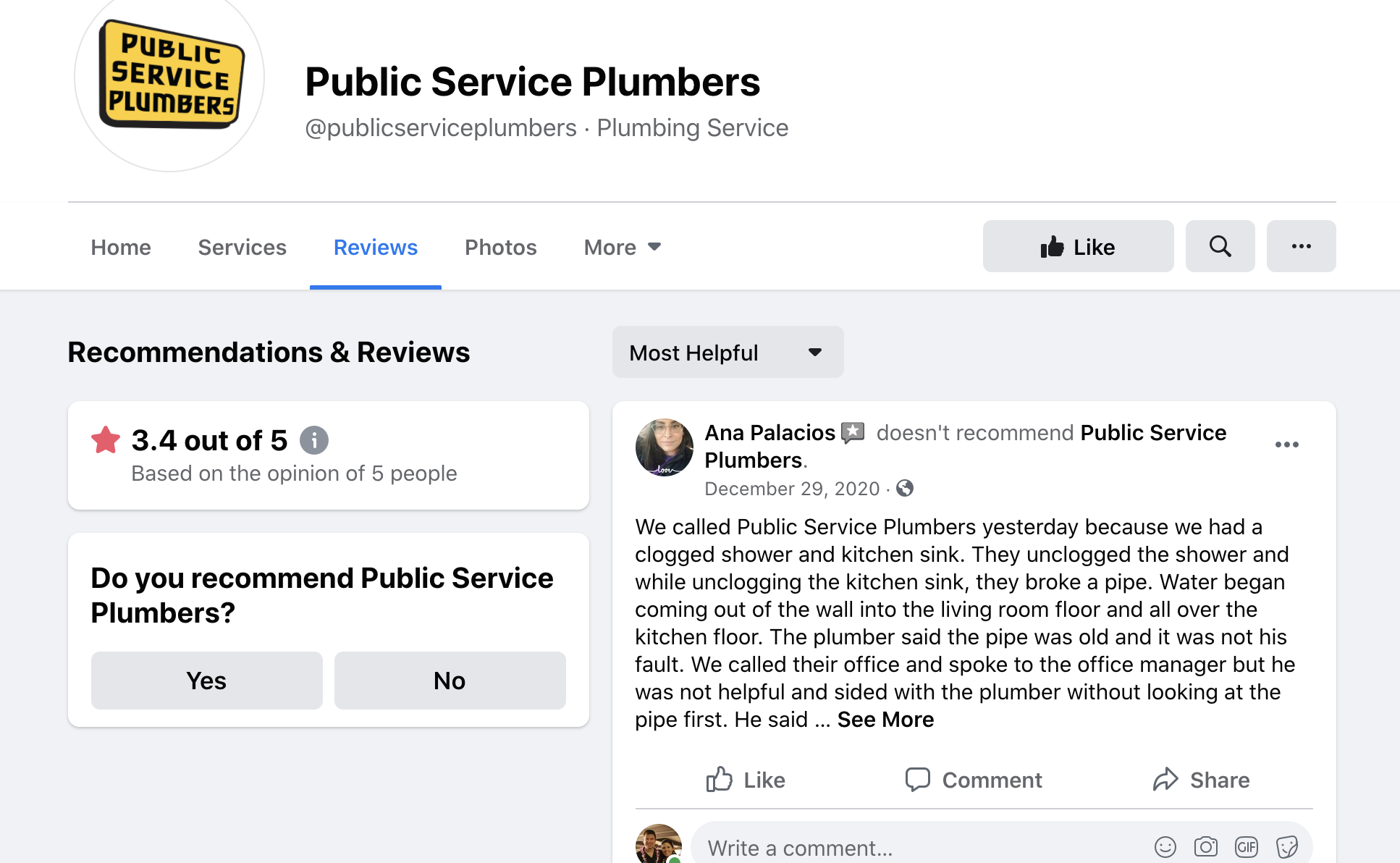 I added a review recommending the service. The star rating immediately rose to 3.7. 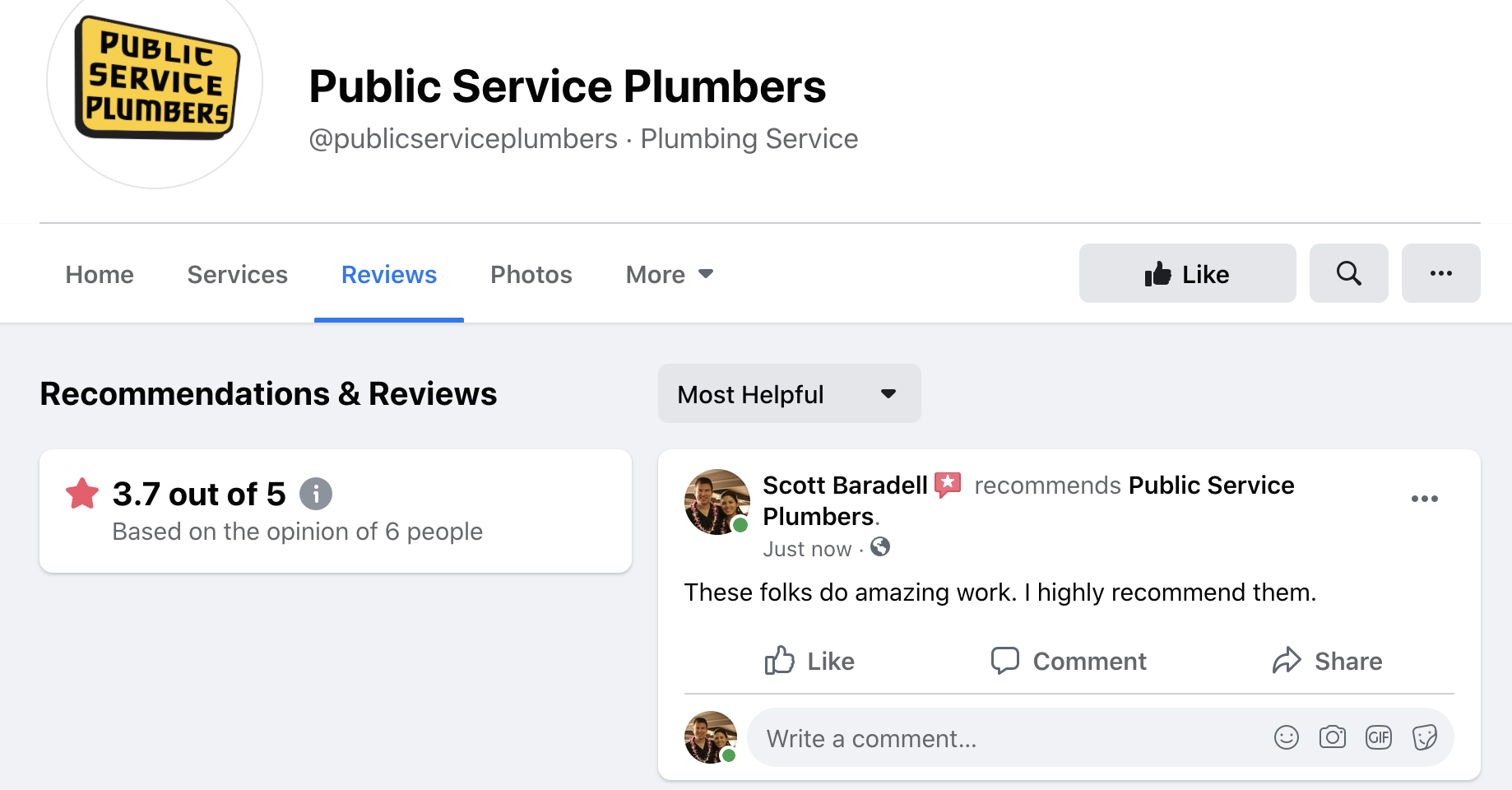 Then I deleted that review and added one not recommending the service. The star rating fell to 3.0. 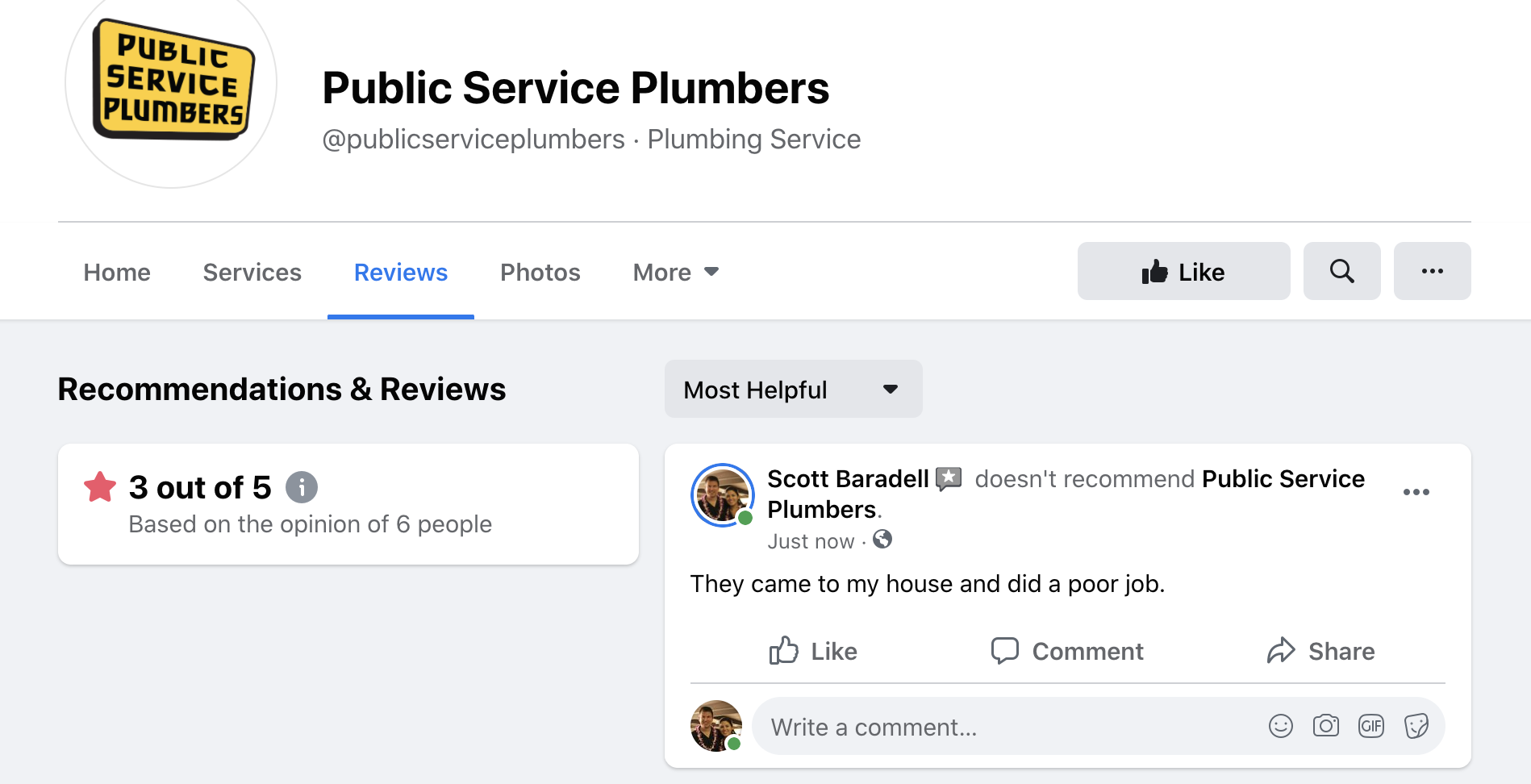 Taking a simple average across the six reviews in each case, it was evident that my first review had been assigned five stars and my second one star.

Seems like a pretty blunt instrument, doesn't it? Honestly, considering it claims nearly a billion people turn to its reviews to evaluate local businesses, I think Facebook could do better.

Nonetheless, you're wise to take Facebook reviews seriously -- and that advice isn't just for local or even B2C businesses. Facebook star ratings appear prominently on Facebook, Google and Bing for organizations of all sizes and types -- national, global and B2B companies included.